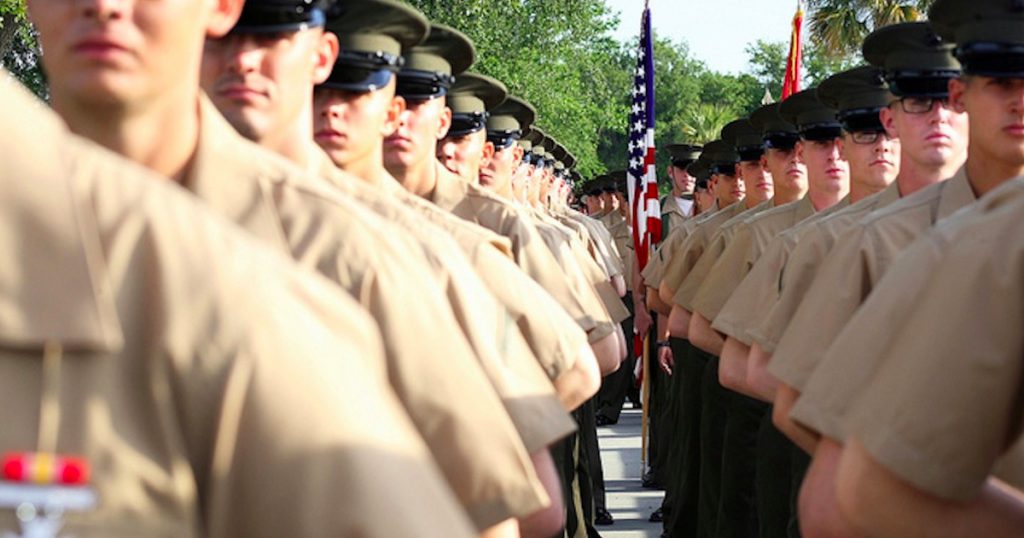 It’s common sense. The military needs the best of the best. There is a plethora of conditions that bar entrance into the military. The long list of things that can disqualify a person is to ensure that we have able, fit, mentally stable, and willing people to serve. It’s like any other job: if you are not qualified, you don’t get hired.

After Donald Trump announced via Twitter that transgender people were going to be prohibited from joining the military, the small percentage of citizens who are pro-LGBT became very active on social sites, saying that this ONE policy sets civil rights back to before the 1960’s. There were cries that Trump was being unkind, fascistic, Hitler, anti-liberty, blah blah blah. Frankly, I got tired of hearing the complaints since none are based in logic, common sense, history, or even kindness.

Serving In The Military Is Not A Right

No one has the right to serve in the military. The armed forces are not institutes for social experiments or progressive agendas. Nobody’s liberty is being denied if they are refused from serving.

This policy does not set civil rights back to the 1960’s. Even IF military service was a right, LGBT folk seem to forget, or not know, that for the first years of Obama’s administration, transgendered folk were barred from the military. It’s only been for the last few years that they have been allowed. LGBT militants who act as if it has been a long established practice for transgender people to serve are blind to reality.

It’s Not The Military’s Role To Be Kind

Transgenders Are Suffering From Mental ISSUE

Yes, in extremely rare instances, some babies are born with abnormal genitals, and gender cannot easily be determined. I’m not referring to these extremely rare occurrences when I say that transgenders have some kind of a mental issue. I’m referring to those who although clearly have a penis or a vagina, or better yet XY or XX, think their gender is different than what their genitals and DNA tell them.

I’m not being dismissive, cruel, or anti-science when I say that. It’s been established for decades upon decades that gender dysphoria (commonly known as transgenderism) is a mental issue. Science and medical periodicals, manuals, documents etc. have, and in most instances still do, refer to the condition as a mental issue. It’s only been in recent years that militant yet small lobby groups have pushed for changes to some medical periodicals and definitions. The changes were not based on any new scientific or medical discoveries, but rather on emotional reactionaries in the LBGT militant movement.

The point that gender dysphoria is a mental issue doesn’t mean those suffering from it are bad. I don’t think they should be locked away. It must be awful to feel trapped. I cannot fathom the emotional roller coaster gender dysphoria would do to one’s soul. Depending on the source you read, the attempted suicide rate of transgenders is about ten times higher than that of the rest of the population. That is startling. And that rate does not improve after gender reassignment surgery, but in some instances worsens.

I think those dealing with this dysphoria desperately need help. Those in their lives need to be empathetic and pray for them. However, help and empathy does not mean enabling them to feed the dysphoria.

To call these people sick or ill is not cruel. I suffer from depression and anxiety. At times, the depression is deep and not even my wife, who is my joy, can get me out of the darkness. The smiles of my loving children can’t help either. At times, I get crippling anxiety attacks. When my therapist told me I was suffering from depression and anxiety, I knew I had a mental illness. He wasn’t being cruel by slapping a label on my condition, he was helping me by determining the issue so I can get better. If he had tried to keep me depressed, to feed the anxiety, his license would have eventually been revoked.

To deny a transgender as having  mental issues is abusive, cruel, immoral, and is anti-science. From a medical and scientific viewpoint, they need help. But they cannot get the help if the problem is denied.

NO, I’M NOT A TRUMP SYCOPHANT

In case you didn’t know, I voted third-party in the 2016 presidential election.  If you know me and have read my previous writings, you know I am not a fan of Donald Trump, but that doesn’t mean I automatically hate everything he does. I’m not a team jersey wearer. I see good as good and bad as bad. I liked Trump’s pick for Supreme Court. I like some of the rules and regulations lifted by the Trump administration. I agree with this common sense decision from Trump furthering the prevention of mentally ill people from joining the military.

Individuals with Gender dysphoria, just like those suffering from other mental disorders such as chronic depression and anxiety, should not serve in the military. They should seek help and then do their best to live a “normal” civilian life. They will not find help in the military. The military’s role is not that of empathy or helping with unique and rare mental conditions.

2 thoughts on “Common Sense And Empathy: Transgenders And The Military”